A Trade Prompted by Immigration Restrictions

Chinese railroad laborers among the rocks near the opening of Summit Tunnel. Photo by Alfred A. Hart, ca. 1865-1869, Library of Congress Prints and Photographs Division, LC-DIG-stereo-1s00510.

Half of those lured to California by the Gold Rush of 1849 came from overseas. Many Chinese men, seeking a means of providing for families suffering from famine and the effects of civil conflict in China, made the trip to what they called “Gold Mountain.” This name stuck after the surface gold was panned out and Chinese laborers took other jobs, many in the construction of the trans-continental railroad between 1863 and 1869. After the Chinese proved their efficiency, railroad recruiters travelled to Canton to hire more Chinese.

Like many immigrant groups, the Chinese were clannish. They declined the food provided to railroad workers, preferring their own inexpensive diet of rice, vegetables, and tea. Working among other Chinese, few learned English well. They practiced Buddhism, a religion Americans did not understand. The efficiency, frugality, and insularity of the Chinese made them feared and resented by native-born Americans, and in San Francisco, where many Chinese railroad workers resettled, prejudice against them grew. 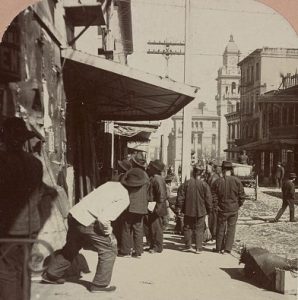 Few Chinese men ever earned the fortune that would have allowed them to return home; they stayed to work and sent money home to China. Many opened small businesses in San Francisco’s Chinatown. Twenty Chinese males lived in the city for every Chinese female, giving rise to a sinister trade in adolescent women and girls drawn to America with false promises.

Criminals and Victims in the Immigrant Community

Criminal Chinese gangs, commonly called “Tongs,” sent recruiters overseas who offered arranged marriage or respectable jobs to daughters of poor families, often sealing the deal with a payment to the parents. Upon arrival in San Francisco, these Chinese girls discovered they had been sold into prostitution. 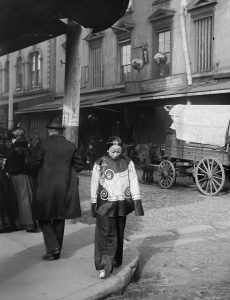 Some of the more beautiful were sold as concubines, but most were imprisoned in cramped and filthy brothels, or, if still very young, used as house servants until of age to be prostituted. Some families signed indentures limiting the years of their child’s servitude, but most of the enslaved died before the contracts expired, succumbing to venereal disease, harsh treatment, or opium addiction.

A Christian Response, Led by Women

Public awareness of this trade perversely fueled prejudice against Chinese women as immoral. Yet some Christian ministers denounced the trade for what it was. The Methodist minister Otis Gibson denounced the trade in the press. The Presbyterian pastor Augustus Loomis decried it in the pulpit. Women in his church, led by Loomis’ wife and the wife of another pastor, decided to establish a safe house for enslaved Chinese who could manage to escape their captors. In September 1874 they rented an apartment on Jackson Road in Chinatown. By the end of that month, two women had sought refuge in this home. 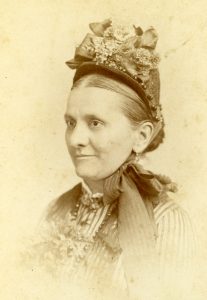 As word of the escape house spread in Chinatown, the mission grew, requiring larger quarters and volunteers to care for the women as they recovered from abuse. The Presbyterian Women’s Occidental Board of Foreign Missionaries hired Margaret Culbertson to manage the home, which by the early 1890s housed about forty residents in a building at 920 Sacramento Street. The problem of trafficked Chinese girls had been compounded by the 1882 Chinese Exclusion Act, which prevented Chinese workers from bringing wives to America and also made marriage between American citizens and Chinese immigrants illegal. After fifteen years at the mission, Culbertson needed help. Donaldina Cameron, an energetic and cheerful 23-year-old, was recruited for a one-year teaching position, and ended up staying nearly forty years.

Cameron Takes Leadership of the Mission 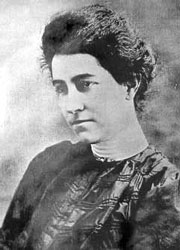 “A Portrait of Donaldina Cameron as a Young Woman,” Wikimedia Commons.

Culbertson’s unexpected death as she traveled to a long postponed vacation thrust Cameron into the role of director. She thrived in it, mothering the smallest girls and teaching life skills to the older ones. In contrast to the staffing of “settlements” in immigrant communities of the east—busy communal organizations like Hull House in Chicago—most of those who worked with Cameron at “920” were themselves rescued women. This did not mean that the girls were taught with greater sensitivity to their native culture. The aim of the mission was to teach the girls Christian American beliefs and habits. Cameron saw herself as an agent of Christ, buying girls out of slavery through his saving grace.

Cameron immersed her wards in a routine of Christian teaching and practice in marketable skills like sewing. Knowing that the girls were vulnerable to recapture, she kept them inside the mission house except during supervised outings, such as the weekly Protestant Sunday service. As they recovered from trauma, Cameron worked to find them jobs outside of Chinatown, safe passage back to China, or husbands (and she carefully vetted Chinese American men proposing to marry one of her wards). Cameron has been criticized for expecting conversion to Christianity in return for rescue. Yet she was not mentally equipped to expect anything else. She knew little of Chinese culture, and she believed her work, which involved risky confrontations with the Tongs, to be upheld by Christian faith and prayer.

Fighting the Tongs to End the Trade 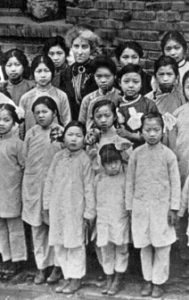 “Donaldina Cameron with Some of Her Charges,” Courtesy Found San Francisco and Creative Commons.

Cameron frequently engaged in rescue operations, working with those in the home who knew how the Tongs worked and with friendly police officers who she sometimes hailed as she ran toward a tenement where a captive girl had been sighted. Not all those who worked in the criminal justice system in San Francisco were friendly, however. Under the corrupt administration of Mayor Eugene Schmitz, policemen and even judges accepted Tong bribes, enabling a ruse in which women at the home were accused of theft, arrested by police, arraigned, and then bailed out by their former captors.

The infuriated Cameron fought these schemes. One case in 1900 gained notoriety in the press, when Cameron jumped onto the buggy carrying one of her wards to jail and briefly shared her cell. In the middle of the night, the girl was spirited away again and arraigned at a sham trial on a roadside near Palo Alto, presided over by a corrupt judge. With the help of honest police Cameron intercepted the kidnappers, but saw her ward abducted again during her trial in court. Stanford University professors and students launched a protest, prompting a public investigation. Thirty-five years later, the testimony of two rescued girls finally led to the imprisonment and deportation of thirty slave traders, discouraging the once profitable trade. 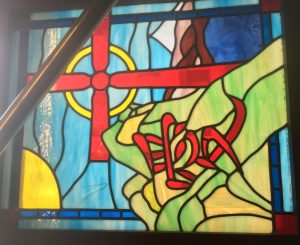 A stained glass window at Cameron House incorporating a cross with a Chinese character. Photo by E. Tucker.

Cameron rescued an estimated 3000 captive girls while arousing public indignation at their mistreatment. She also became a leading advocate of more open immigration laws, in order to discourage the gender imbalance in immigrant communities that had helped to create the market for female trafficking. By 1935, the trafficking of Chinese girls had greatly declined, and Cameron retired. The home she managed was renamed Cameron House; today it houses educational programs for Asian American youth, run by members of the Asian American community. The Chinese Exclusion Act, however, was not repealed until 1943, during the World War II alliance between the US and China.

“Lo Mo: The Beloved Mother of Chinatown,” Blog of the Presbyterian Historical Society at the National Archives of the PC(USA), March 16, 2016, https://www.history.pcusa.org/blog/2016/03/lo-mo-beloved-mother-chinatown. 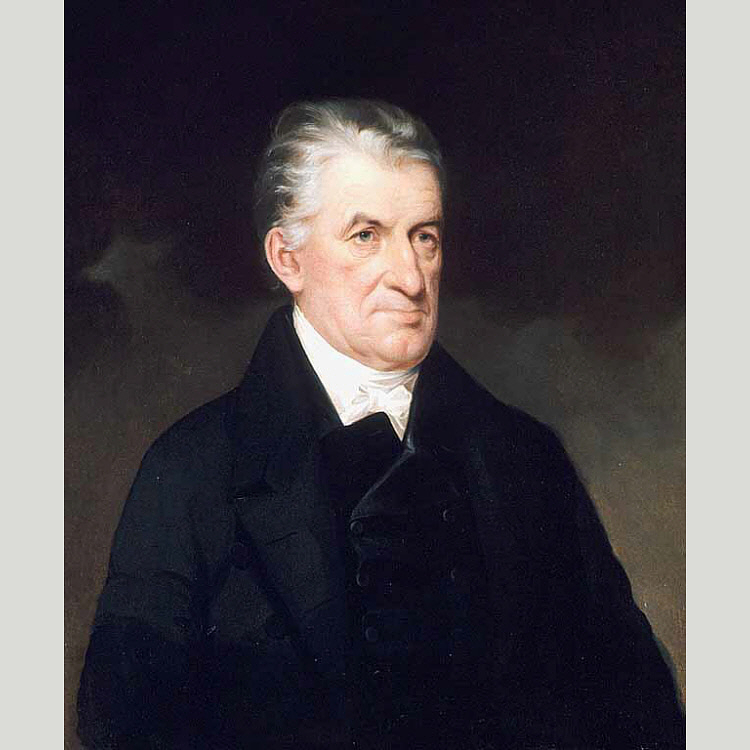 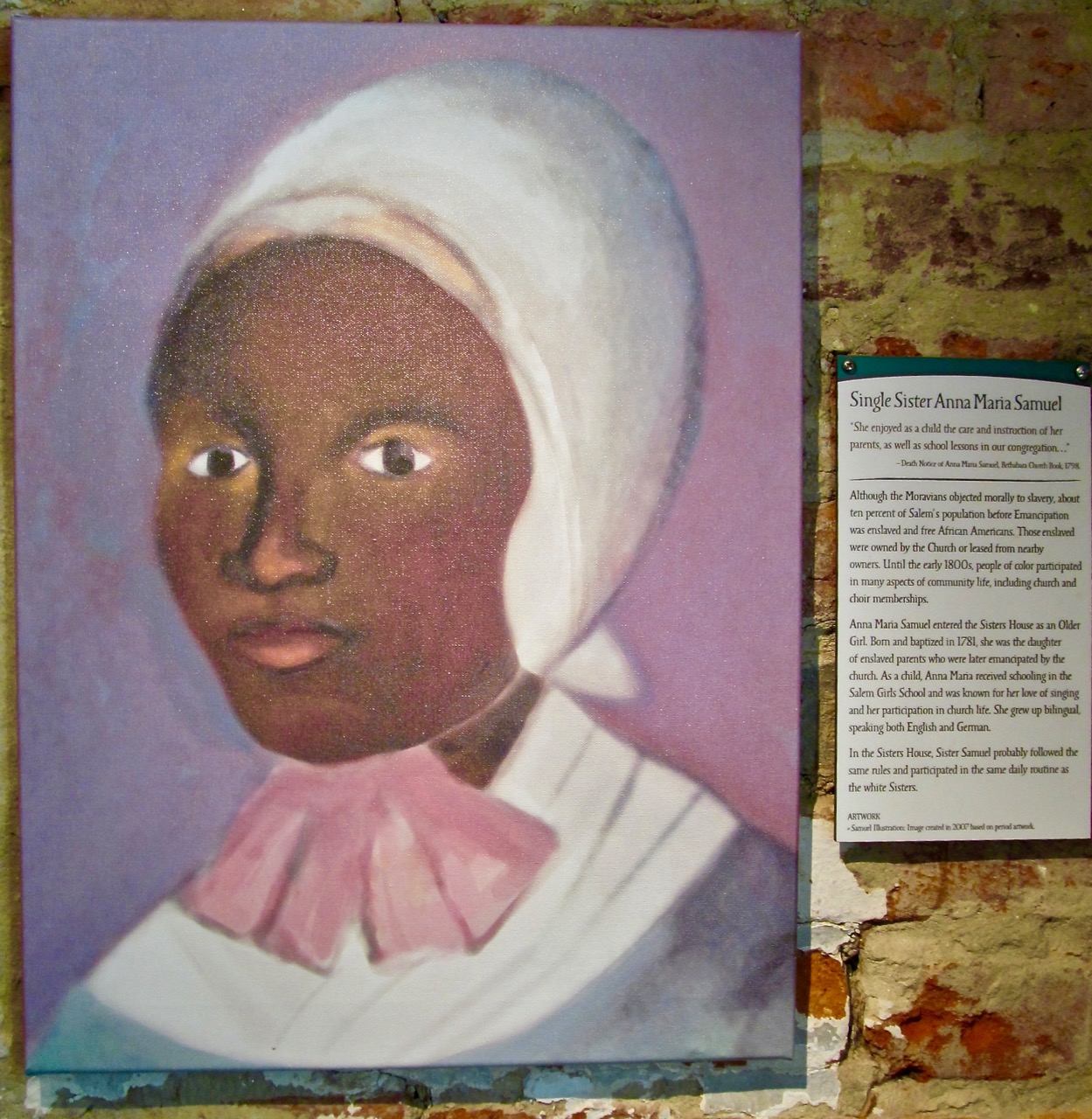